The New Mexican chile community throughout our state has grown and become recognizable worldwide for its many spicy accomplishments. I am proud to be a small part of this chile community and hope through my writing and film work to shed a light on the many people that have contributed and continue to make the chile industry a symbol of community for our state. I would not be where I am in my chile career had in not been for my many predecessors (some of which are featured in my book) who have taken me under their wings. In New Mexico, we are fortunate to have many extraordinary cookbook writers, two of whom I have featured today.

When James Beard Award Winning cookbook author Cheryl Alters Jamison invited me to her house for a green chile stew lunch, I was beyond thrilled. I probably let out a little girl squeal with no regrets. I had been to the Jamison house several years ago with my film crew when I was filming for my documentary The Chile Film. It was shortly after the Jamison's got a group of chickens that still reside in their weatherized coop. Cheryl gets about one egg a day in the late fall but they're more prolific in warmer times of the year.

For Cheryl Alters Jamison, her affinity for New Mexican chile began in the early 1970's when she saw a recipe for green chile chicken enchiladas that Congressman Manuel Lujan had submitted to a congressional cookbook that featured recipes from states in the US. Of course, being from Illinois, Cheryl didn't have ready access to New Mexican green chiles but the intrigue had begun. Many years later she moved to Oklahoma and then to Dallas running an arts program, when Cheryl saw an opportunity in Santa Fe. Her former boss, Bill Jamison, was now in Santa Fe and she thought he might grant her an interview. She flew out for the interview, was offered a position on the spot with Western States Art Foundation and two weeks later moved to Santa Fe, drawing her to the center of New Mexico chile heaven.

The arts, among many interests, brought Bill and Cheryl together. A couple years after working together a second time, they married. After they wed, Bill wrote a travel guidebook to Santa Fe, Taos and Albuquerque, becoming one of the best selling travel books for several months. From that, the publisher that had done the book met with the couple in Washington D.C. The couple proposed a beach book; the publisher loved the idea and suggested they start a series of guides on Hawaii, the Caribbean and Mexico. They were overjoyed by the new opportunity returning to their hotel to celebrate the exciting news after they had the meeting. Then it dawned on them how much time and work it would take to do these books.

Cheryl went on sabbatical and the couple spent months in each location doing immense research and writing for the books in a time when fax machines didn't even exist.
This was the start to their writing careers that would end up dovetailing into another one of their passions food and cooking. Before Tripadvisor existed, the Jamisons were giving travelers suggestions on where to eat and what dishes they would recommend. So they decided to start off with one cookbook and because they lived in New Mexico and they wanted to start with a book that would feature the local cuisine. They met with the Jaramillo family of Rancho De Chimayo and came to an agreement that they would write the famous restaurants cookbook. It was published in 1990, gaining even more attention nationally that lead to lets try writing just one more cookbook.

Thinking that this would be the last cookbook they would write, Cheryl wanted to have every recipe she could in their book, Texas Home Cooking. Little did they think this would lead them to writing many more cookbooks and, in 1995, the couple won their first James Beard Foundation award.

Throughout the years, the couple have devoted their time to creating new and exciting cookbooks as well as establishing their roots in the community. Cheryl has spent many years volunteering her time with Big Brothers Big Sisters as well as the Santa Fe Farmers Market.
So was I excited as ever when Cheryl invited me over to her home (a converted adobe dairy barn) for some homemade green chile stew, cornbread and southwestern meatloaf. I was in foodie heaven! It was truly a special day when Cheryl took the time to walk me through the memories of her life with Bill and all the amazing things the couple accomplished together. Although Bill passed away earlier this year, his love for Cheryl, fine wine, good BBQ and chile permeates throughout every corner of their beautiful home and in Cheryl's vivacious laugh.


Their home is filled with decor and items from their many travels together throughout the world. One of my favorite arrangements was how they incorporated southwestern/Santa Fe style with the textiles and art from South America.

Cheryl was kind enough to share with me some of her favorite and preferred New Mexican chile and chile vendors.

Cheryl makes her green chile stew with the following ingredients:

Tomorrow will begin the series of 12 Day of New Mexican Christmas. Featuring all local New Mexican products that make excellent gifts throughout the holiday season. At the end of the series we will be doing a large GIVE AWAY of products featured. Stay tuned on how you can win all of the goodies before Santa comes your way. 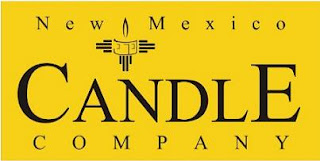